Or buy this single series

This series is currently in progress

Check back often to see new scenes as I complete them!

If you buy this single series, all future scenes are included with your purchase.

This series will feature 8 different heroines at the tender mercy of various monsters and beasts.

Scene 1: Danaerys is dragged off to a watery grave after Euron Greyjoy summons a kraken

Maybe going by sea wasn't such a good idea after all? 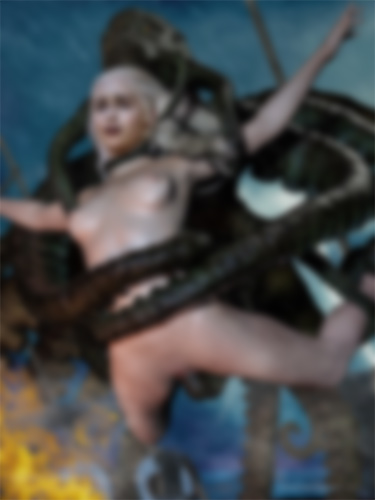 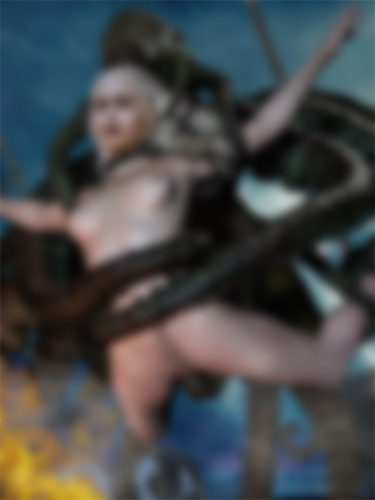 Scene 2: Deep in the Forbidden Forest, Hermione & Ginny are impregnated by a monstrous giant spider

The female spider implants her eggs deep inside her victims and then paralyzes them with its venomous bite.

When the hundreds of spiderlings emerge from the vagina a few days later, their first meal already awaits them.

Will Harry and Ron save them in time?!?

(Good news - this scene will be expanded into its own full series soon!) 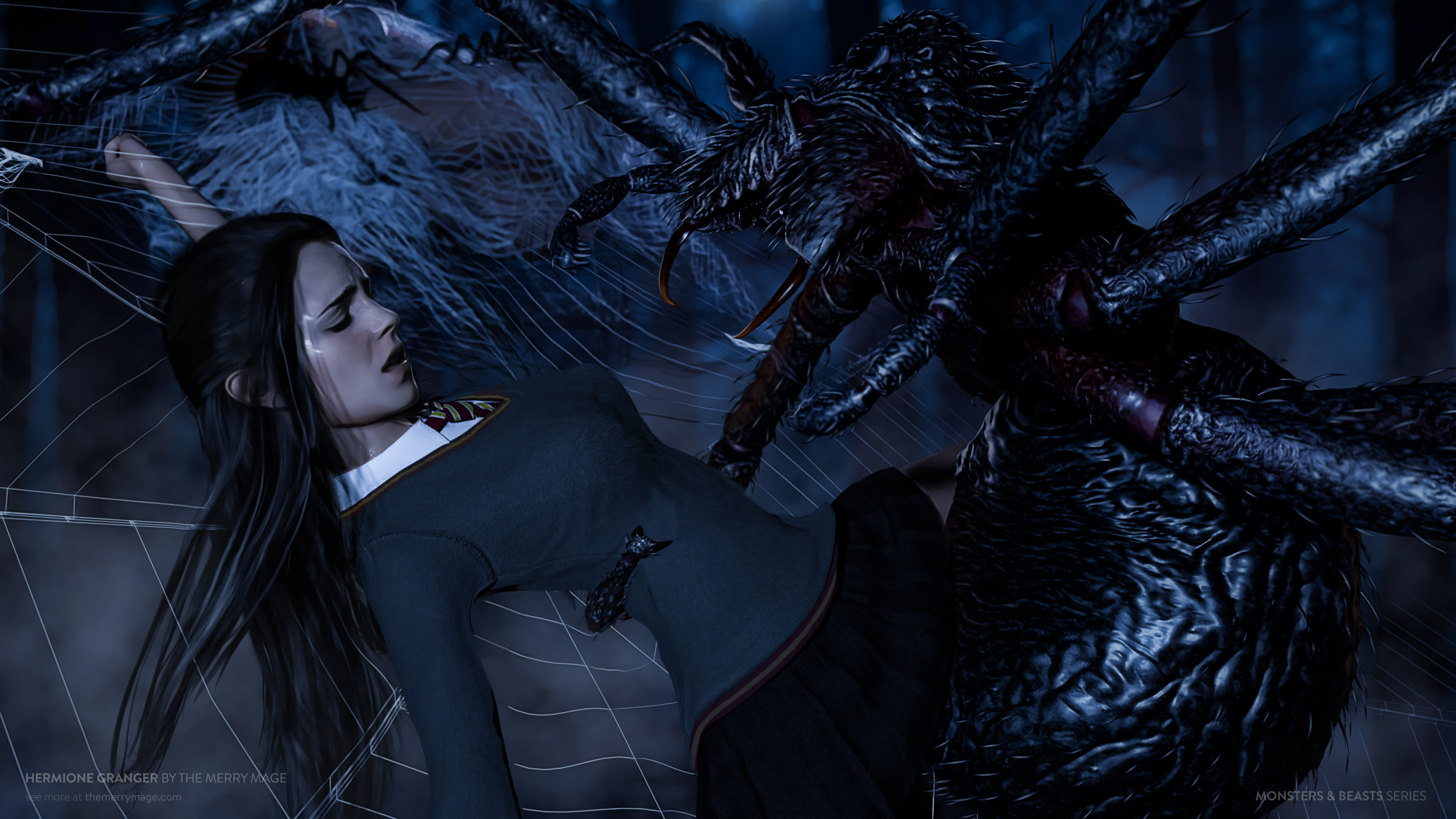 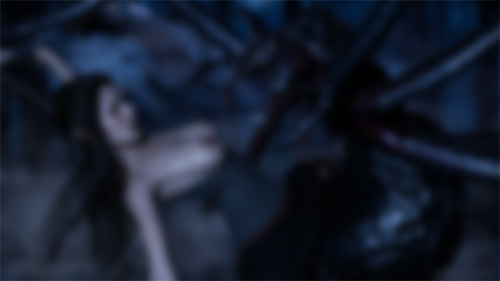 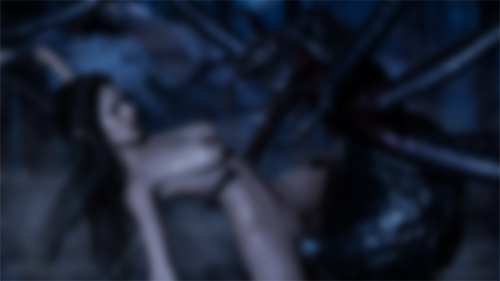 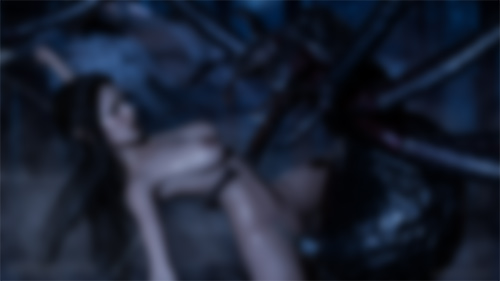 Scene 3: As Rivendell is sacked, Arwen gets 12 inches of monster orc cock

After the capture of Frodo and Samwise, the dark forces of Sauron overrun Middle Earth and Rivendell is sacked.

It is during this terrible battle that Arwen, daughter of Elrond, is brutally impregnated by an orc.

The offspring of this union, a half-orc and half-elf daughter, goes on to lead a rebellion that ultimately destroys Lord Sauron, lifting the veil of darkness from Middle Earth. 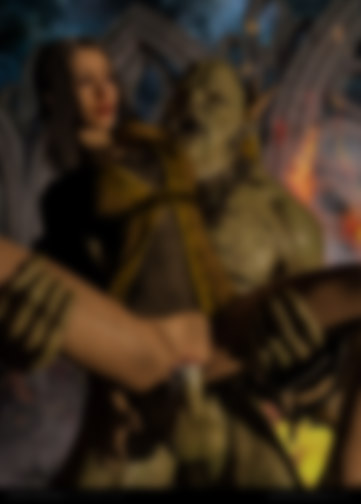 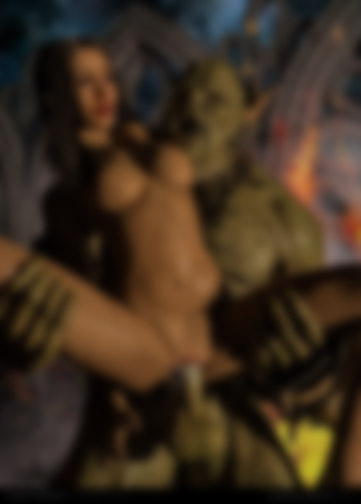 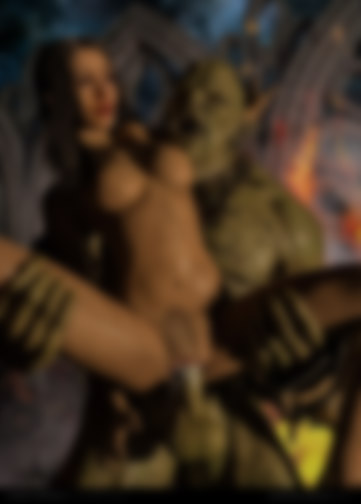 Scene 4: Padme Amidala gets stripped and double-stuffed on Geonosis

In the background, the Reek stomps the now disfigured and almost lifeless body of Anakin. 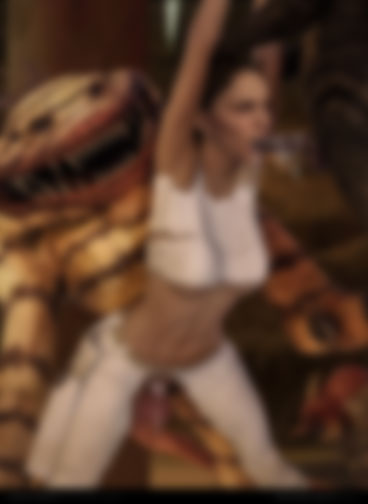 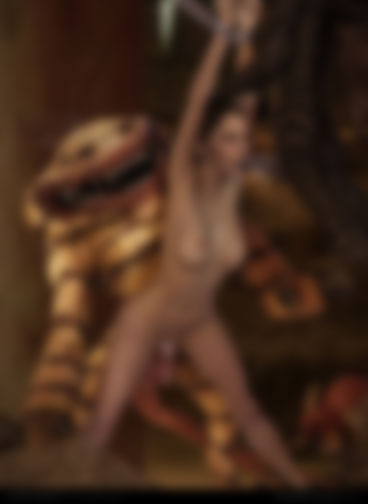 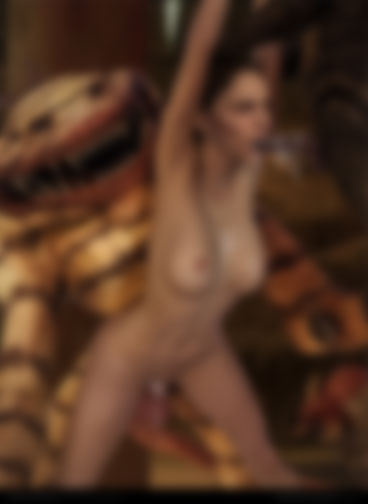 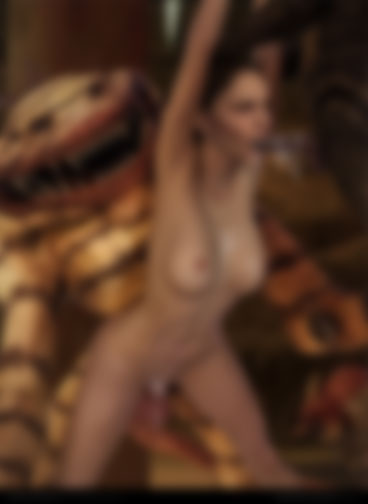 Scene 5: Elizabeth Swann gets it all-the-way-through from a kraken tentacle

The rigging of the Black Pearl creaked ominously, the black waters lapping quietly against the hull. Lit only by the partial moon, a slender silhouette moved slowly across the deck. Passing the mainmast, Elizabeth Swann paused momentarily; the memories of her earlier ordeal flashed through her mind.

The rigging of the Black Pearl creaked ominously, the black waters lapping quietly against the hull. Lit only by the partial moon, a slender silhouette moved slowly across the deck. Passing the mainmast, Elizabeth Swann paused momentarily; the memories of her earlier ordeal flashed through her mind.

It was a far cry from the pampered life of a governess's daughter she was used to. The life of a pirate seemed like an exciting adventure. The harsh reality shocked her. The filthy unwashed pirate brutes were nothing like the swashbuckling heart-throbs she fantasized about as a girl.

The only good to come from her ordeal was the drinking that had followed. The one guard she now encountered was passed out like the rest of the crew. Her escape so far had been almost too easy.

The pulley system sounded far louder than she thought possible as she lowered the life craft to the water. Taking the oars in a loose grip, she started to row. Clumsy and uncoordinated at first, she slowly started to put distance between herself and the Black Pearl.

She stopped only briefly to wrap her hands with strips of her tattered dress. The once expensive garment was already ruined. Her half-hearted attempts to fix it left her breasts exposed to the cold wind.

A distant storm split the sky with trees of lightning. The slowly shrinking Black Pearl was backlit by the approaching storm. Already the waters grew choppy, making controlling the small craft increasingly tricky.

A sudden unexpected swell knocked the craft to the left, almost throwing Elizabeth over the side. She regripped the oars, but the boat was once again shoved sideways, this time to the right, knocking her to the floor, both oars falling slack as she lost her grip.

Twice more, the small craft was battered as she struggled to regain her balance.

The growing storm lit up the sky and Elizabeth stared in horror as the lightning revealed a rising monstrosity. Something that made her long to be back in the Black Pearl with the lecherous pirates.

A dozen thick undulating tentacles rose out the black water, a bulbous mass at its center.

You didn't need to be a pirate to have heard the stories of this terror from the depths.

Elizabeth screamed and scrambled back as far as she could in the small boat. Distracted by the monster in front, she didn't see the tentacles rising silently out the water behind her. She didn't realize until a thick sucker covered tentacle wrapped tight around her waist.

Lifted from the craft, Elizabeth struggled and kicked, knocking the lantern off its hook and into the boat. The glass shattered and oil spilled, spreading the fire quickly and engulfing the boat in flames.

More thick suckered appendages shot from the water to wrap around her arms and legs. Her dress was ripped off as they slid around her body.

Elizabeth tried in vain to fight back as she was pulled toward the bulbous mass as the center of the forest of tentacles. Lightning split the sky again, casting fearsome shadows across the Kraken.

A single thick appendage, smooth unlike the others, rose slowly from the water and started to slide up her legs.

The tentacle paused for a moment at her pussy lips, then slid its tip inside.

The twisting and thrusting appendage made Elizabeth shudder, her cunt clenching against the foreign invader.

But after a few minutes of fucking her, it began to pull out. She felt a wave of relief flow through her.

The tentacle slid out of her pussy only to begin probing her asshole. In horror, she felt the slimy tip start to push its way in.

Fighting against the thick tentacle was useless, its muscled girth unyielding. Pain radiated as the slimy tentacle forced its way into her ass, stretching her anus tight as it wormed its way deeper inside.

Every inch that forced its way inside gave way to a thicker length of the tentacle. Fully prehensile, it undulated inside her, twisting and rippling as it worked deeper and deeper within her.

Elizabeth's moans grew weaker as more and more of the tentacle was forced inside her. Her stomach hurt as it was filled with the beast's writhing tentacock. Deeper still it pushed, forcing its way up her slender body.

The storm was overhead now, sharp needles of rain chilling her naked body to the bone. But inside her, the relentless driving tentacle radiated heat.

Deeper still, it pushed up into her chest. She struggled to breathe as it snaked itself further and further through her body. Deeper it pushed, stretching her tortured asshole wider and wider.

Elizabeth's weak whimpering moans cut out as the tentacle began to slide up her throat. Her slender neck bulged outwards and the Kraken's tentacle emerged from her mouth, spearing through the governor's daughter, violating her completely.

With the tentacles wrapped tightly around her slim body, the beast started to slide her body up and down its massive tentacock. Thrust up her ass, through her body and out her mouth, it had taken her entirely. She could do nothing as the Kraken used her body as nothing more than a fuck sleeve for its pleasure.

Overwhelmed, the semi-conscious girl was limp as she was mercilessly fucked. It could have lasted hours or minutes. She had no idea at what point the writhing tentacle was pulled from her abused body. She felt hollow like the massive tentacock had actually carved her out.

She slowly came to when she was hauled out of the water and dropped unceremoniously onto the wooden deck of the Black Pearl. She never thought she would have been so happy to be surrounded once again by the hungry-looking pirates. 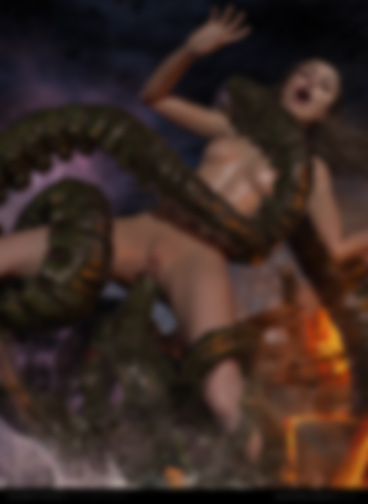 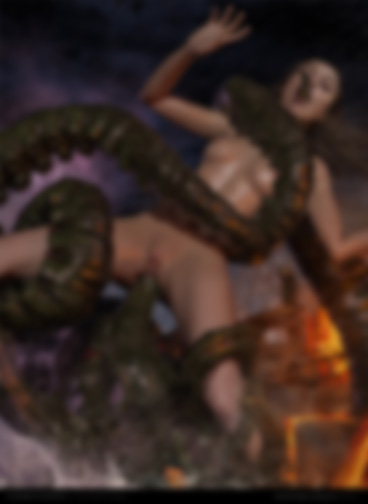 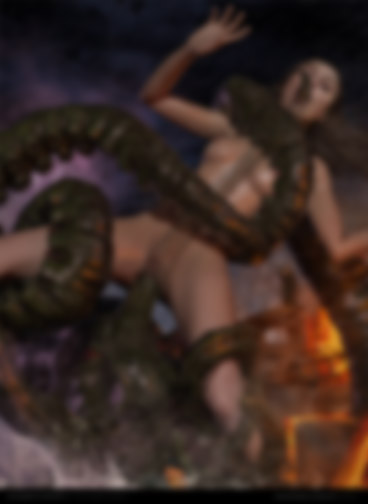 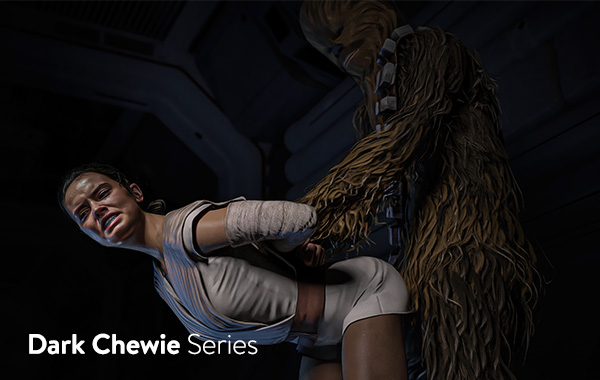 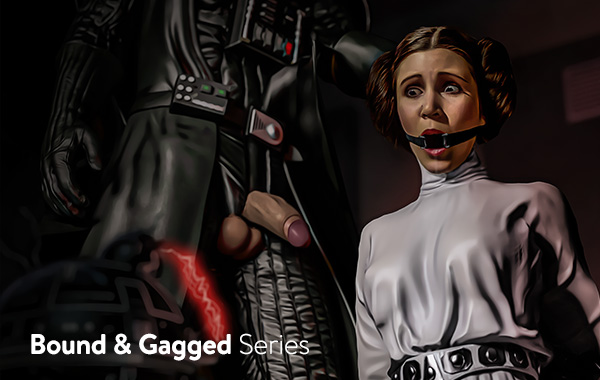 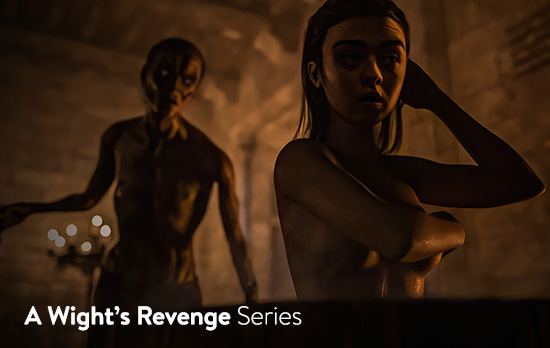 Got any questions or comments?

Drop me a line!

Thanks for your message! I'll get back to you in the next 24 hours : )